SPINNING YOUR GOLD: Words that Open Hearts and Inspire Actions

DID YOU KNOW?
IT’S NATIONAL WOMEN’S EQUALITY DAY!
Yes, we are all Americans.
So today, let's act like it and discuss something bigger than a political candidate or a convention. Let's put COVID-19 news on the back burner.

With love and gratitude, let's celelebrate the American suffragettes, their global sister activists, and friends --all who worked (and even died) to give women the precious privilege and sacred duty to vote.

First, start by knowing.
"The United States Congress passed the 19th Amendment to the Constitution granting women full and equal voting rights on this day in 1920. Every year on August 26, we commemorate this right with National Women’s Equality Day.

Birth of a Movement
While in London at the World Anti-Slavery Convention 1840, several women were denied access to the convention floor planting the seeds for a women’s rights movement. Lucretia Mott and Elizabeth Cady Staton, along with Martha Wright, Mary Ann McClintock, and Jane Hunt, set in motion plans for the first woman’s rights convention in Seneca Falls, New York. Held at Wesleyan Chapel on July 19-20, 1848, the conference drew 200 women the first day. On the second day, the convention opened to men, and some did attend.
Resolved, that it is the duty of the women of this country to secure to themselves their sacred right to the elective franchise. ~ 9th Resolution of the Seneca Falls Convention 1848.

During the convention, leaders presented 12 resolutions. They enumerated in the rights that women should be equal to men socially, economically, legally, and representatively. Of the resolutions, all but the 9th were approved unanimously. The right to vote created concern. Many women felt it would cause large numbers of their backers to withdraw their support. However, after much debate and the support of abolitionist Frederick Douglass, the 9th resolution also passed. 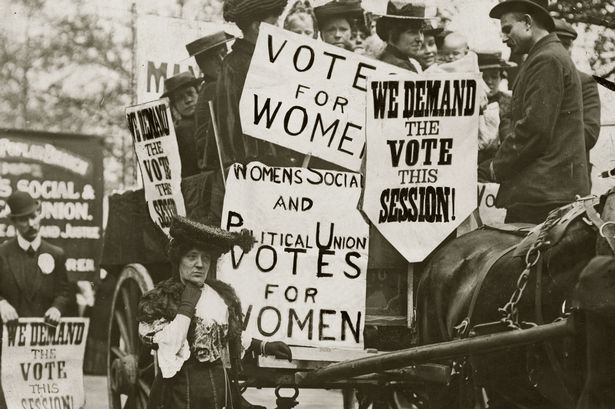 The Right to Vote
Woman’s suffrage began in earnest in the United States then. Another advocate, Susan Brownell Anthony, joined Stanton in 1869 to create the National Woman Suffrage Association (NWSA). Through nearly ten years of persistence and lobbying, the NWSA introduced an amendment in 1878. Despite years of debate and finally to the floor of Congress in 1886, only to be defeated.

Ultimately, it would take another 34 years before a new amendment made it to Congress. For several years, advocates continued passing the batons. New states entered the union. Their constitutions included rights for women that states before them never had – the right to vote. Civil disobedience ensued. Eventually, with women gaining equality, Congress passed the 19th Amendment to the Constitution.”
-Source: NationalDayCalendar.com

Here’s a list of nine ways how to observe #WomensEqualityDay today and every day until November 3, 2020: 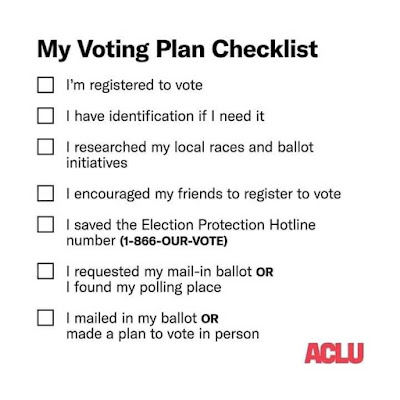 3. Change your Facebook profile picture to encourage voting or your voting choice.

4. Post positives about your candidate, the election, or voting.

6. Know the date when your absentee ballot is arriving if you’re voting this way. 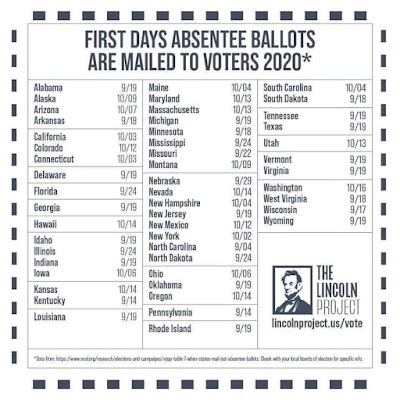 7. Join a political Facebook group for information and inspiration.

8. Delve further into history and learn about the efforts of advocates in your home state. Study Lucy Stone, Carrie Chapman Catt, or Alice Paul. We’ve done some of the work for you. Read about these 5 Notable Leaders in the Women’s Suffrage Movement.

9. VOTE AND HELP OTHERS DO THE SAME!