Celebrate Your Mother by Writing HerStory 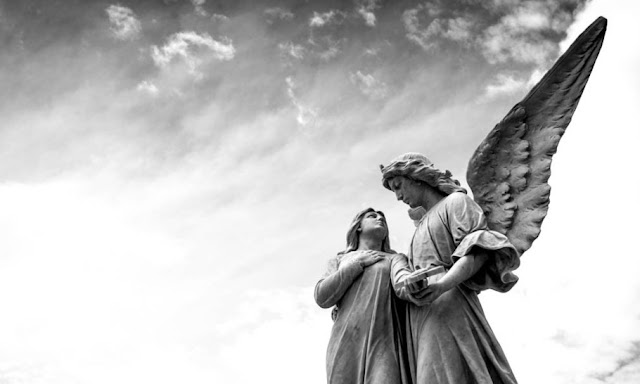 Question-With Mother’s Day 2020 approaching, what might you gift your mother with to become a priceless heirloom?

My answer-Take the time now to write a story, blog, essay, or poem to tell her story. 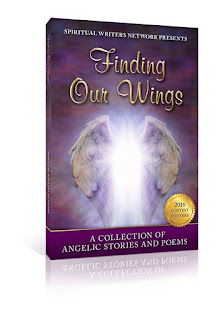 In March 2016, I took my own advice and entered the Spiritual Writer’s Network Contest organized by Shanda Trofe of Transcendent Publishing. My entry “won” with a story about how my mother, Clare, came to be. It also celebrated being published for the first time in Finding Our Wings: A Collection of Angelic Stories and Poems.

Now four years later, the story is edited to better reflect more details of mom’s life and my storytelling skills. As you read each paragraph, may you find beauty, inspiration, and love to write your mother’s story.

Divine Appointments for an Angel’s Birth

“If you conceive another child, Mrs. Lelash, you could die,” said the doctor to my Grandmother Ella aka Mamie.

This was not the news she hoped for at her annual checkup appointment. She hoped for encouragement and support in her quest to have a second child. Why? She was crystal clear that her daughter Joan Marie, now two years old, would not be an only child.

Rewind. Fear, sadness, and loneliness were often the childhood companions of little Isabella Marie or “Ella,” the only child born on Tuesday, September 13, 1904, to working Scottish parents.

Life compounded these feelings when separated from her father Thomas Campbell Esplin. He preferred the warmer climes of Calcutta, India to Arbroath, Scotland’s soggy weather. Work called him to India’s jute mills as a weaving foreman.

Hope started to shine years later when at 17, she boarded the S.S. Columbia, with her mother bound for the USA. Like millions of other dreamers, they passed through Ellis Island to live with Ella’s Aunt Linda and cousins in Beverly, Massachusetts. Sadly, their family reunion was short-lived as Ella’s mother, Magdalene Jane, later met heavenly angels at 43 years young.

Life’s tempests like the ones during her Atlantic crossing carried a now 20-something Ella from the east to the west coast of sunny California. It was there that she would accept a life-changing appointment--an all-day date with my grandfather, William Joseph Lelash, 13 years her senior.

It seems he lost track of time, showing her his favorite southern California sites. Only at the end of the day did he realize he had not offered his date anything to eat or drink!

Fast forward. “You’re pregnant again?” asked my grandfather.
“I am,” my grandmother softly replied.
Then again, with more joy, “I AM!”

Though faced with the possibility of dying, there was no choice other than to have this much-wanted second baby. You see, these soon-to-be parents were devout, practicing Catholics. She had what she most sought: the blessing to have another child.

One day a letter arrived asking for a financial donation to the Poor Clare Nuns of Oakland, CA. They, like many, found themselves struggling through the Great Depression. As a cloistered community, these spiritual, Catholic women remained within the convent’s walls for life. Only two nuns were designated to go “out in the world” gathering food, supplies, and medicines.

My grandmother responded to their financial request with great faith and hope. She took precious few household dollars to send to the Poor Clare Nuns and requested prayers for her unborn child.


Now 1932, the Great Depression raged on to finally end in 1939. Still, life for the Lelash Family on Santa Catalina Island (Named for Saint Catherine of Alexandria) offered a simple, idyllic time removed from the mainland’s more challenging economic struggles.

The family of three, soon-to-be four, gratefully enjoyed meals provided by my grandfather’s employer. He served as an assistant general manager of the Hotel St. Catherine (1928-34), which enjoyed guests from 1918-1966 until demolition made room for another luxury hotel.

“Let’s get you to the airport!” replied my worried grandfather, despite his deep faith in God and the angels.
While in labor, Ella courageously flew the 22 miles over the channel to Long Beach, California, in a small passenger plane. Upon landing, she traveled to White Memorial Hospital in Los Angeles, the “City of Angels.” I’m sure my grandfather said many rosaries until arriving there on the much longer ferry ride to the mainland!

Thanks to Dr. Ralph Thompson, Clare Ann Lelash arrived on Friday, May 13, 1932, at 5:45 am, weighing 6 pounds, 14 oz. Blond curls and hazel-green eyes highlighted the cherub’s rosebud mouth. My grandmother chose the name “Clare” in appreciation for the prayers to the angels by the nuns to make Clare’s delivery a healthy one.

The arrival of Ella's second daughter now guaranteed that her daughter, Joan Marie, would never live life as an only child as she had endured. Ella was grateful, relieved, and happy!

As her second daughter grew, my grandmother wanted to thank the Poor Clare Nuns for their diligent prayers. She sought an appointment to introduce them to their very own angel, “Baby Clare.”

She bundled the toddler up and flew to Oakland, CA, from Santa Catalina Island to make the introduction. Upon arrival, Clare was announced and then placed on a turn style in the wall that swiveled from the public reception area to the inner convent area. No one other than the nuns, priests or doctors were allowed inside the convent walls. (Typically mail along with donations of food, clothing, and money were placed on the turn style.)

Years later, my grandmother shared the story of how she happily listened to what sounded like an orchestra of joy! These sounds came from the nuns inside the convent who were not mothers, but who would become "spiritual mothers" to her second daughter forever. Through thick convent walls, the “Ooh’s! and Ahh’s” mixed with laughter faintly chimed like the church bells that called the nuns to meals and vespers.

Much later, the turn style swiveled around. Finally, Baby Clare came into view as the nuns returned her to an anxious and relieved mother. And what a sight! Pinned medals of Saint Clare and other Saint’s blanketed the baby’s cotton gown. Each medal reflected a Poor Clare Nun’s prayer for “their” child’s continued health, wealth, and happiness.

Now. Karen Goldman explains, “The angels hold their hands around us like children cupping candles. They protect us gently lest our flame goes out when the wind is strong.”

The many prayers to the angels “to hold their hands around us (Baby Clare)” from my Grandmother Ella, Grandfather William, and the Poor Clare Nuns ensured the healthy birth and protection of Clare--now soon to celebrate her 88 successful turn-around-the sun.

Sometimes someone will come into our lives with no motive and with a pure heart to help us grow and to guide us in living our best life...this person is an earth angel.

Throughout life, Clare’s presence and kind, generous efforts invite strangers and, all those who know this back story, to describe her as an ANGEL—and truly one who arrived by Divine Appointments.

My siblings, Cathy and Michael, and I agree. We lovingly refer to mom as our “Angel.”

About Lore (like “story”) Raymond
Lore is the eldest of three children born to Clare and Richard Raymond.

She is also a transformational thought leader and bestselling co-author, teacher, and book coach. Four books are set for publication in 2020-21, inspired by her world travels.

In 2008, a Peruvian shaman bestowed a sacred condor feather and the title of “chacaruna”--a bridgekeeper--while co-leading a trip together. He challenged Lore to help people express their authentic power and messages. She now emboldens clients to discover their authentic voices and then translate the information into books and other channels. Her intuitive wisdom finds expression in sacred service for those stuck or reluctant to write or create. 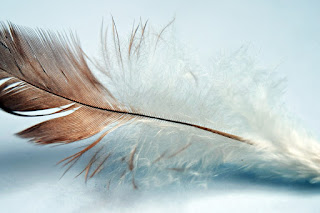