Anne Frank Might Suggest these 5 Reasons to Write Now

Meet Annelies Marie “Anne” Frank, the German-Dutch diarist of Jewish origin, and teenage sHero. Little did Anne know that the prophetic diary entry (above) made before going into hiding would come true.

Frank is one of the most discussed Jewish victims of the Holocaust. She documented her life in hiding from 1942 to 1944, during the German occupation of the Netherlands in World War II.

The Diary of a Young Girl (originally Het Achterhuis in the Dutch language, English: The Secret Annex), is one of the world’s best-known books and inspired several plays and films. It’s been translated into 70 different languages. 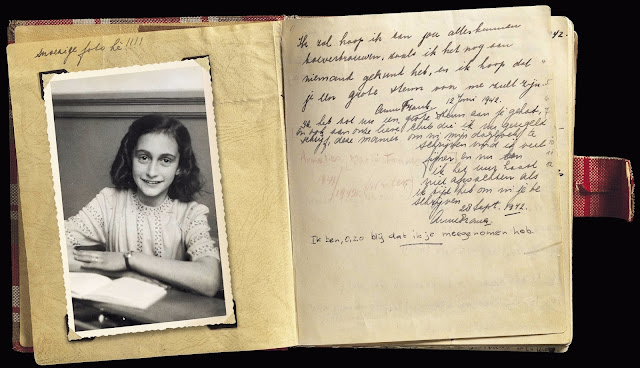 On July 6, 1943, the teenager Anne and seven family members shuttered together against the brutality of the German Third Reich.

Using today’s COVID-19 vocabulary, these eight souls “self-quarantined” for 25 months sharing 450 square feet of attic space before they were found out by the Gestapo in August 1945.

They literally were forced to “disappear” or face the Nazi death camps--which happened with her father Otto being the only survivor.

This blog does not seek to compare their hardships or sacrifices to COVID-19’s isolation, quarantine, or stay at home experiences.

Instead, please take inspiration from Anne Frank to see why it’s critically important to write now…right now! She dreamed of being a famous writer after listening to a government radio broadcast seeking letters and diaries of the war to bring criminals to justice.

Her timeless and encouraging messages linger for anyone to consider, whether you think you are or are not a writer.

Where did Anne Frank write?

Why write now in the challenging times of COVID-19?
Anne Frank might suggest these five reasons:

1. Writing emboldens and comforts you with a sense of calm, control, and courage. Whatever troubles you face can be put on pause as you put words on a page.

2. Write to give yourself a self-care safety valve to release the many emotions of fear, anxiety, stress, despair, and anger. 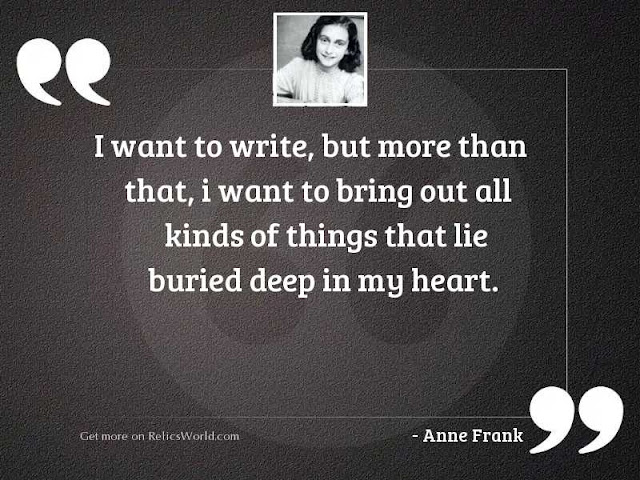 3. Be brave like Anne and write every day in a journal! Set a timer for 18 minutes or scribble on a notepad placed in different rooms. This applies to children!

Write like no one is watching or will ever read your words--and then imagine what did happen when the world read Anne’s diary. Imagine what might happen when someone--your kids, grandkids, great-grandkids--read your COVID-19 stories. 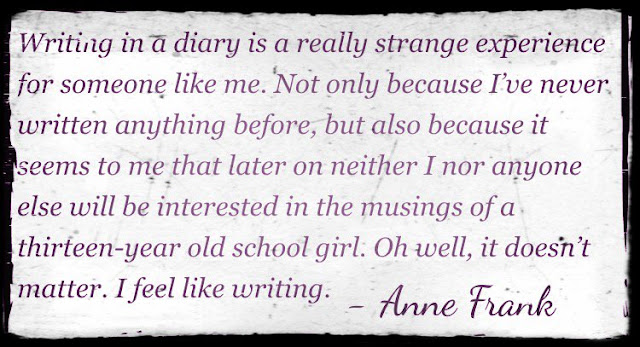 4. Right now, your words can start to improve the world, one comment, one post, one essay, one blog at a time.
Stop waiting.
Start writing.
Start improving our world this Earth Day! 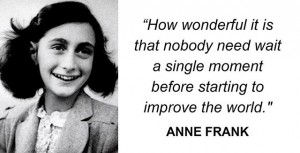 5. Writing brings hope to the surface and keeps it present. Anne wanted to go to Hollywood--and she did in ways she could have never dreamed through the numerous plays and movies produced posthumously.

Like Anne, imagine BIG and write down your epic, seemingly unattainable future wishes! 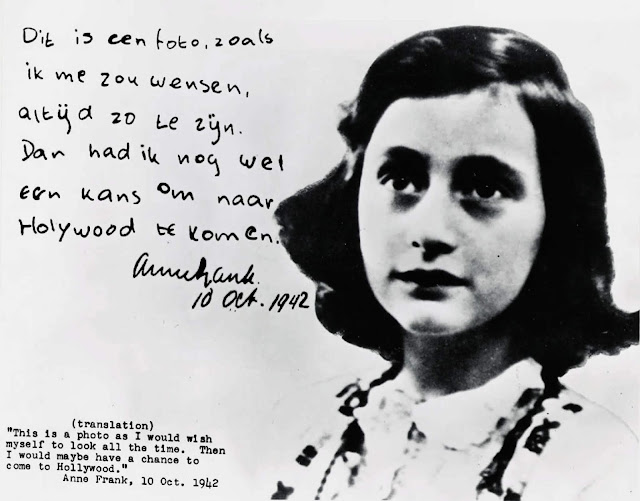 Thank you, Anne Frank, for the legacy of your writing. 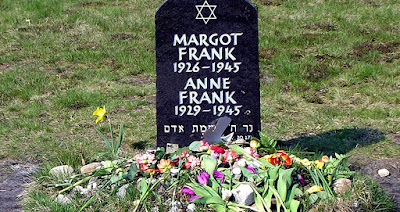