Is it time to raise your sails? 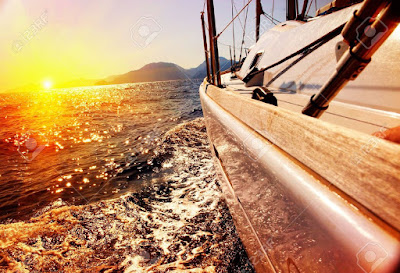 Bengali poet Rabindranath Tagore suggests that,
“The winds of God’s grace are always blowing; it is for us to raise our sails.”

As the first non-European to win the Nobel Prize in Literature in 1913, Tagore perhaps echoes the immigrant feelings of those arriving on the Virginia shores of the United States in 1620.

Severely persecuted for their religious beliefs in Europe --pushing many into poverty-- a determined band of pilgrims bravely raised their sails. Where were they going? These "immigrants" sought to journey from their known and comfortable world to an unnamed and unknown world. Crazy? Perhaps. The intense desire to worship God as they chose served as their ever-gusting inner winds. Historical accounts repeatedly share how faith in God’s grace sustained them.

These grace seekers sought what would later be eloquently described in America’s now 240-year-old Declaration of Independence:

“…that they are endowed by their Creator with certain unalienable Rights, that among these are Life, Liberty and the pursuit of Happiness…”

Likewise my story, Winds of Grace, explains how I once raised my sails in Florida to land in Virginia to escape a collapsed marriage. There, I became inspired to raise my sails again—this time to the new world of Roatan, Honduras. I, too, sought  “Life, Liberty and the pursuit of Happiness.” This is one of my three stories in the #1 Amazon Bestseller, 365 Moments of Grace,

Gratefully, I found much more when I landed...

More importantly pilgrim, when are you raising your sails?

Why not visit my Amazon Author's page now to purchase 365 Moments of Grace?  If you do this before August 31, you can claim 100 free, downloadable gifts from some of my global coauthors. Discover why this book landed on SEVEN, #1 Amazon Bestseller Lists. 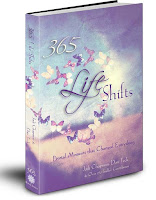 P.S. Right now a few openings remain for story submissions in our next collaboration, 365 Life Shifts: Pivotal Moments that Changed Everything (February 2017).

Copyright Lore Raymond, 2016. No portion of the blog post or information on this site may be reprinted, re-used or copied to another site without prior written permission from the author.
at 8:38:00 AM